The origins of La Almudena Cathedral are located in the small church of Santa Maria de la Almudena, of late medieval origin, located a few meters from the current cathedral and demolished in 1868. It was based on the site of the old mosque of the Mayrit Muslim. For centuries there were attempts to give greater importance to the parish, attempts that became more intense with the consolidation of the empire and with the establishment in the town of the seat of the Court.

The Cathedral of Madrid, in front of the royal palace, has a short but intense history. In 1879 the first planes are drawn by Francisco de Cubas. The architect does this with the idea of serving as a pantheon for Queen Mª de la Mercedes. The beginning of the work was in 1885.

Pope Leo XIII was the one who in 1885 orthoped the bull that created the bishopric of Madrid-Alcala and the project was transformed to become a cathedral.

Cubas resumed the new project proposing an imposing neo-gothic cathedral this time inspired in the French Gothic of the XIII century, adding elements of the cathedrals of Reims, Chartres and Leon. He called it "the most important Neo-medieval project of nineteenth-century Spanish architecture".

This project was started by a cryptic neoromantic, with independent access by the Cuesta de la Vega, which served as a pillar of the definitive construction. This one was inaugurated in 1911.

In 1899 the Marquis of Cubas passed away and succeeded in the direction of the works Miguel Olabarría, Enrique Mª Repullés and Juan Moya.

During the Spanish Civil War (1936-1939) the works were suspended and resumed, with few resources, in 1939. At this moment the aesthetic criteria are changed and they leave the Gothic style, since it contrasts a lot with the architecture of the surroundings. It was in 1944, when La Dirección General de Bellas Artes convened a national contest to find a new architectural concept that was won by Fernando Chueca Goitia and Carlos Sidro.

Work was restarted in 1950, ending the cloister in 1955 and the main façade in 1960. The date on which the final termination is considered is 1993, when Pope John Paul II consecrated this cathedral.

Unlike most Christian temples, east-west, the cathedral has a north-south orientation, fruit of its conception as an integral part of the Royal Palace.

Currently called Santa Iglesia Catedral de Santa María la Real de la Almudena, it also has a Museum that houses the patrons of the city: The Virgin of La Almudena and San Isidro Labrador and shows a tour of the life of the Church through The seven sacraments.

July and August:
Mon – Sun: 10.00am – 21.00pm
The Cathedral cannot be visited during religious services.

Free admission. A donation of 1 euro is requested.
Admission to museum: 6 euros.

How to get there 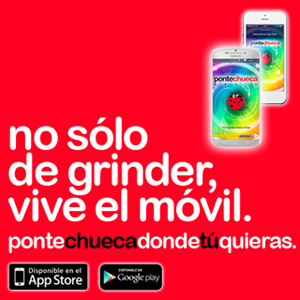